Real estate builders have taken out the final resort to sell out their unsold properties. Most of them rely onto freebies to induce the clients mainly UAE NRIs. 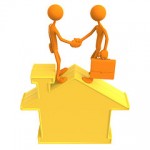 Real estate builders have offered vast number very exciting prizes to the home buyers. The prizes include luxury cars, expensive bikes and discounts up to Rs1 million. All these are offered to the non- resident Indians (NRIs) residing in the UAE.

The existing cash flows force Gammon India to monetize its real estate assets. Gammon India is the company which constructed ‘The Gateway of India’ in 1919.

Indian real estate firm Indiabulls Ltd. aims at opening offices in the UAE.  The real estate group has declared the launch of their first overseas office in the United Arab Emirates region.

Indian real estate firm targets Indiabulls Real Estate Ltd. is all set to start their maiden overseas office in the UAE. The real estate firm has so far developed nearly 3.3 million sq. ft. of area at an estimated cost $1.75bn. The past four years witnessed a tremendous growth of the firm.

The company officials revealed that the company aims to help the UAE NRIs purchase and invest on real estate property wisely. The local representative office will boost their real estate investment in fact. END_OF_DOCUMENT_TOKEN_TO_BE_REPLACED

Since now days, land is the most promising resource, the developers are ready to pay any price just to get into the realty business.

Here are some of the major deals in the field of land:

Lodha Developers plan to launch a 650 million dollar IPO in the end of this year. Also, they plan to build a residential building worth Rs. 10,500 cr in the center of Mumbai.

Realty industry is all set to be lift up this Diwali. At least 12 public offerings, a slew of new projects and the return of private equity funds that had turned away proposals due to the global slowdown last year.

‘After weathering the worst funds crisis for one and half year, the realty sector has now started seeing inflow of capital and funds,’ said Anuj Puri, the country head of leading global realty brokerage firm Jones Lang LaSalle-Meghraj.

Mr. Puri further said, ‘Sales are improving and private equity funds are coming back. With market sentiments getting bullish, prospects of fund-raising are even brighter. You can now see how every company is taking the QIP route to raise funds,’.

QIP is a tool to raise capital whereby a listed company issues equity shares, fully or partly convertible debentures or securities, instead of warrants, to institutional buyers.

After losing almost 75% of its stock valuation last year, India’s realty sector has raised about $15 billion (Rs.750 billion/Rs.75,000 crore) through routes like QIP in the past six months.

Among the developers who have started mopping up funds over the past few months are the largest player in the industry, DLF Ltd, with $780 million, Unitech with $325 million and Indiabulls Real Estate with $550 million.

The  sector appears to have found its feet with focus on affordable housing and this may reflect in the June quarter results of the companies. The move has led to higher sales for many companies, but on the other hand, it has also impacted the margins negatively. The reason being that the mid-segment housing is a high volume with low margin business.

It may also be understood that only the residential market has seen a recovery, while the commercial and retail segments are still under stress.

Among all the listed companies, Orbit and Indiabulls Real Estate (IBREL) are expected to show a marginal improvement in sales. With a huge fall in property prices in the luxury segment, Orbit has shown 5% increase in sales. With a 70% YoY decline in revenue, Parsvnath is expected to see the highest fall. DLF and Unitech may follow with 60% and 54% decline, respectively. As a move to generate cash for business activities, both these companies have exited from unviable projects and also sold noncore assets. This would help in completing under-construction projects. Even some large SEZ projects have been shelved.

Many companies have launched new residential projects in affordable housing segment. Though construction costs would be low, EBIDTA margins would decline by 5-10 % average due to sharper decrease in prices. However, companies like Unitech, DLF, HDIL, and Sobha that have raised funds have improved their balance sheet positions and thus lowered their overall finance cost. Average EBIDTA margin for June’ 09 would be 39% as against 43% for March’ 09. Peninsula Land is expected to show positive margin, as the number of projects was very limited, hence leverage was also low.

Despite all the gloom, realty sector is seen to show some improvement in margins. The overall PAT margins for the June quarter will be at 26%. Though real estate sector is one of the major contributors to the over all profit growth for India Inc, yet it is low as compared to the past PAT margins of 35-40 %. However as alternate sources of funds have become available, builders have managed to improve their cash position. Loans have been restructured and thus interest liability has been reduced. Developers like Mahindra Lifespaces, IBREL and Peninsula Land are expected to report PAT margins upward of 30%. Photo by Paolo Màrgari – paolomargari.itIndiabulls Real estate has planned to use more than five hundred million dollars to launch projects at a time. This money is raised from a recent share sale. Mr. Gagan Banga, CEO, said that their aim is to launch 6-7 residential projects in this FY. He showed interest towards pursuing some large projects.

Indiabulls is expecting a strong demand at projects in tier-II cities such as Baroda, Ahmedabad and Indore as these have been appropriately priced, between 2,000-5,000 rupees per square feet. Indiabulls is assured that they can meet the increasing demands for residential real estate.