Hyderabad is now becoming the new investment destination for the commercial property developers already based in Bengaluru. This is the time when the city’s real estate market is on a revival mode after almost five years of political ups and downs in the city.
Well developed companies such as DivyaSree Developers, Embassy, Salarpuria Sattva, and RMZ Corp have successfully built or still are in the process of building a noticeable commercial portfolio in the city. This, along with Bengaluru, which is also a home to some of the largest IT companies in the world, including Microsoft, Oracle, and Uber. However, the rentals of these cities are still not as high as other cities and therefore the companies are keenly looking at this as a growth trajectory.
As it is mostly seen, the existing customers of the city will be now looking in other cities as it provides them with more options and a higher scale for a better business. This However will result in the same rental prices of Hyderabad commercial property as it is for Bengaluru. Mike Holland, the CEO of Embassy Office Parks said that it can be strongly seen that the Hyderabad infrastructure will grow immensely after the political turmoils in Bengaluru.

The last quarter of 2016 struck all of India with major impacts on real estate sector. In terms of Hyderabad city, the real estate sector have been really promising this quarter. The initiatives taken by the government have been fairly positive towards the residential sector. After demonetisation settled down, the GHMC recieved a total of 154 crore as it begun its decision to accept the banned currency from property tax payers. This meant that the currency accepted from the defaulters could be used in a constructive manner.

Hyderabad’s realty experts have expected that Hyderabad commercial market will soon become the leading market all over India, latest by 2018. The main reason behind this is the healthy accomplishment of affordable housing which therefore boosts the residential market as well. As the newly reputed companies are starting to set their base in the city, the residential supply in Gachibowli, Hitec City and Raidurg will increase. These residential sector are expected to be consumed by the expected increase of employees from 4.3 to 4.7 lakhs within the next 12 months.

Hyderabad real estate has shown higher pace of development. with the arrival of new Metro Rail plan the city is to gain more transmit system which will in turn cause more demand.

Hyderabad Metro Rail (HMR) Managing Director N.V.S. Reddy has remarked that the cities tend to get reoriented to mass transportation systems.  Property prices in these areas behave in different ways.

He added that larger segment of the people are looking for low budget homes which fall below Rs. 20 lakhs. He further stressed the need of reducing land cost in achieving such low cost homes.

Mr. Prasad mentioned of special incentives to the real estate while concentrating on high rise development which will be transit oriented development. He pointed that both HMDA and HMR are moving forward with TOD concept.

According to this TOD concept, an area in a circle along each metro station will be notified. When the metro rail gets the shape, the area along the outer ring road will become prime land for real estate development.

HMDA’s Mr. Prasad said that the Authority is ready to help in the infrastructure growth of the area. He added that this is only for reducing the prices of the residences by facilitating as much supply as possible. Higher supply will push down the demand and prices, he expressed his hope.

Highlighting the higher impact of existing political situations on Hyderabad real estate, Jones Lang LaSalle’s Anuj Puri stressed the need of creating Tier-II cities. Creation of such Tier –II cities will take the heavy burden away from the Hyderabad, he continued saying.

The Hindu reported that the property show draws huge number of people. Larger number of crowds who showed genuine interest in purchasing homes really filled the real estate developers’ mind with new hopes. However the property expo could drag the people to a greater level and what we want to see next is how far the metro rail will boost the Hyderabad real estate. 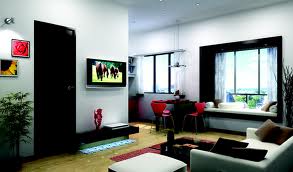