With the foreign direct investment policy of the central government, the realty developers were expecting foreign retailers to set up their outlets and stores in India. Developers thought they could find some takers for their vacant spaces in their shopping mall projects. END_OF_DOCUMENT_TOKEN_TO_BE_REPLACED 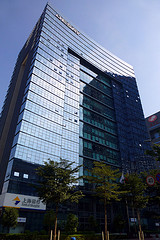 As per DTZ India the office space absorption is down by 20%. Anshul Jain, CEO at DTZ India, said that only 4.8 million of office space was absorbed this year. This is 20% lower than the 6 million sq. ft. absorption of 2012. END_OF_DOCUMENT_TOKEN_TO_BE_REPLACED

MUMBAI: Oracle has signed a lease agreement for its Indian arm Oracle India Pvt Ltd. The IT major has leased large sized office space in the Bandra Kurla Complex in Mumbai. The group will lease 50,000 sq. ft. of office space.

Oracle India will have to pay Rs.340 per sq. ft. for gaining office in the BKC which is one of the most costly office spaces across India and Asia Pacific Region. The lease agreement will be for a term of nine years.

One floor will be fully leased by Oracle India. The transaction worth Rs.183.6 Cr is the largest lease transaction in FIFC. First International Financial Centre (FIFC) is a Grade-A commercial development in BKC.

END_OF_DOCUMENT_TOKEN_TO_BE_REPLACED

While senior executives of JLL could not be contacted for comments, a person with direct knowledge commented that the investment will be in the commercial sector. He added that the real estate consultants are looking for higher returns from their investment and for this commercial realty is better now. END_OF_DOCUMENT_TOKEN_TO_BE_REPLACED 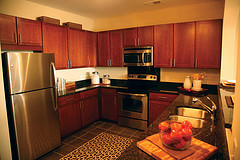 Mr. Anshuman Magazine, CBRE’s chairman & MD for South Asia, pointing the fallen property prices in Mumbai and other major cities of India, said that the housing segment will soon experience a price-correction. He said that if the lower sentiment remains the same in the residential market, it can be sure that there is a bigger flow of black money.

Although countries like China and Britain are ahead in the race but India has still managed to acquire 39th position in the favorites list of retailers in the world.

In 2008, the CB Richard Ellis (CBRE), a real estate consultancy conducted a survey in which India was ranked as the 44th preference of retailers. It is an appreciable growth of 5 ranks in just 2 year s. This survey was called ‘How Global is the Business of Retail?’

This survey conducted by CBRE is an annual survey which involves around 294 top retailers of the world across 69 countries. Britain acquired 1st position in the list, followed by the UAE, the US, France and China.

The chairman and managing director of CBRE, Anshuman Magazine said that since the last year’s survey, the growth of Indian retail market is commendable. However, the recent global economic crisis has slowed down the activities since it led to delay in completion of retail projects.

It is the best time to look around for a value buy in real estate. With lower price points in locations which were not within your wallet’s reach, buyers are scouting for good ‘value’ bargains at this time.
And with developers going big on affordable home launches, the timing may just be one of the best for buyers seeking a steal deal.
Anshuman Magazine, CMD of global real estate consultancy CBRE says that value buying is happening mostly in suburban locations as that is where the current supply is.