With assets worth $210 billion, Blackstone is the largest private equity firm. The group has various investments in India.  While most of their PERE investments are in the residential sector, now they are planning to invest some money in the commercial segment. END_OF_DOCUMENT_TOKEN_TO_BE_REPLACED

Blackstone is the largest PE investor in India. The US-based PE major alone has invested over $600 million in the Indian realty. However the group has so far invested only in the south and west India. Bangalore holds majority of their investments. The group has also invested in Pune and some southern and eastern cities. END_OF_DOCUMENT_TOKEN_TO_BE_REPLACED

With the drop of home prices in many of the top cities, foreign investors now plan to invest in commercial properties in India. 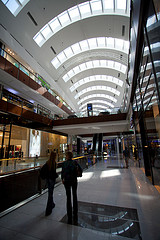 Foreign investors are active in the country since 2005 the year in which they were permitted. However their main investment options remained residential market due to simpler investment norms. Moreover, once the home is finished, the housing sector offered them chances to exit easily with higher returns.

However with surging number of unsold homes in the country, the foreign investors plan to shift to commercial sector now. It is true that the residential market in India is not as vibrant as it was earlier. This would be a reason what prompts them to exit from the housing sector.

Foreign investors including Blackstone Group, now plans to the move on to the commercial sector for their investment, reported Reuters. The sluggish residential is shown as the reason for their shifted interest.

Though the foreign investors are keen to invest in India due to its fast-growing economy, they do not find investment in the residential project as suitable as it was. Home prices have fallen by 5 to 30% since 2009. This fall of home prices prompts foreign investors to look out for other options. END_OF_DOCUMENT_TOKEN_TO_BE_REPLACED

GMR Group plans to sell its technology park in Chennai,

Leading infrastructure development company GMR Group plans to sell its Chennai technology park. The deal is supposed to be fixed at a price Rs.150 Cr (approximately $30 million). Their Chennai technology park – Cognizant Technology Solutions is located on Old Mahabalipuram Road (OMR) one of the prominent IT hubs of the city.

OMR-located GMR Varalakshmi Tech Park was entirely leased out to Cognizant Group. The total built-up area of the technology park is over 400,000- sq. ft. One of the subsidiary firms of GMR Group own the tech park.

GMR Group is an infrastructure conglomerate which has vast land banks in Bangalore, Chennai and Hyderabad. While a senior spokesperson of GMR Group refused to comment on the issue, Global Technology Park promoter Satish Chandra could not be contacted for the comment.

GMR plans to sell its tech park in Chennai for a sum of Rs.150 Cr.

Global investment firm and the ultra-high net worth CA are vigorously after the deal. Both of the contenders are sure of their returns in the investment. The investment in the park assures easy returns as the park is highly income generating without any involvement of risk-factor. The proposed buyers expect to gain an average returns by 12% per annum.

These foreign investors have shown interest in Bangalore, Chennai and Gurgaon– areas where real estate grows faster. Such deals are considered as defensive in the real estate market which is said-to-be sluggish these days.

Blackstone aims to own Business Park in Bangalore.

US-based Blackstone plans to buy Bangalore Business Park for a sum of $367 million. The private equity major is in talks and is expected to buy the Business Park in Bangalore. The deal is said to be over within two or three months.

The Rs.19.5 billion deal is expected to be the largest ever private equity investment in India since 2008. Blackstone, along with HDFC and Embassy Realty group, will equally invest in the Business Park in Bangalore. The Business Park is located in the outskirts of Bangalore. END_OF_DOCUMENT_TOKEN_TO_BE_REPLACED

Blackstone, one of the leading global private equity and investment firm, is set to amass a huge profit from its Joint Venture in Bangalore. 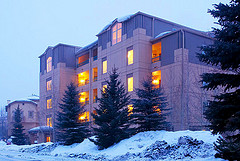 Realty investment in Bangalore gives a good reap to Blackstone.

Blackstone expects to gain around Rs.210 Cr from their JV. This is their first big investment in Indian real estate market.  In 2011 the global private equity major invested in Embassy Lakeside Terraces which is an ultra-luxury villa project. From their investment in the project, Blackstone is expected to gain around Rs.210 Cr which represents around 28% of the absolute profit. END_OF_DOCUMENT_TOKEN_TO_BE_REPLACED

The Private equity biggie has hit the news headlines with its dealings with many real estate developers. Blackstone recently had business-deals with DLF.  Last year, it acquired DLF’s IT SEZ in Pune by paying Rs.810 Cr. END_OF_DOCUMENT_TOKEN_TO_BE_REPLACED

Blackstone plans to raise another real estate fund to be launched in Asia. World’s largest private real estate firm’s CEO Schwarzman disclosed their plans to become the largest buyers of commercial real estate in India. He also had laid his eyes on Australian real estate market as well. END_OF_DOCUMENT_TOKEN_TO_BE_REPLACED

India’s UB Holdings is in talks with private equity funds Blackstone and Kohlberg Kravis Roberts to sell some of its commercial real estate for 6.5 billion rupees ($123 million), writes Reuters. UB Holdings, controlled by liquor baron Vijay Mallya, is part of the UB Group that owns majority of United Spirits and United Breweries, apart from debt-laden carrier Kingfisher Airlines, which is looking for funds to continue operations, writes Reuters.

Reuters – India’s UB Holdings is in talks with private equity funds Blackstone and Kohlberg Kravis Roberts to sell some of its commercial real estate for 6.5 billion rupees ($123 million), the Times of India newspaper reported on Tuesday citing unnamed banking sources.

The UB Tower in Bangalore, which Mallya is looking to sell, is occupied by companies like Apple, Citibank, and Yahoo, the report said. A UB Group spokesman, quoting Mallya, denied the company was in talks to sell the real estate space, the paper reported. Prakash Mirpuri, a UB spokesman, told Reuters there was no plan to sell UB Towers. He, however, could not immediately confirm whether other real estate assets from UB Holdings were up for sale. A Blackstone spokesman declined to comment, while KKR could not be immediately reached by Reuters on Tuesday, which is a local holiday in India. UB Holdings and the private equity players are considering a sale-and-lease-back model, with UB having the right to buy the property back after a specified period, the report said.