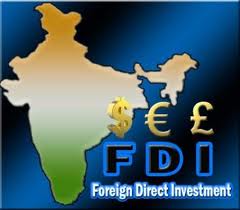 The central government’s decision to allow 51 % of retail FDI was received with a mixed feeling. Some opined that this will create unemployment. Yet this decision was welcomed by a group of real estate developers in Odisha.

Severely pulling out the government’s decision Mr. Sitaram Yechury, CPI-M politburo member and MP said that this decision of the government will lead to affect millions of people directly and indirectly. He added that one fifth of the Indian population is going to be affected by this wrong decision.

Odisha real estate developers feel that this decision of the government will boost the real estate sector. The Odisha government too allowed the retail FDIs.

Speaking on the issue of more retail FDI, Z Engineers Pvt. Limited’s Managing Director Mr. Tapan Mohanty said that the real estate developers welcome the government’s decision. He added that this decision is sure to foster the real estate sector in the state.

Mr. Mohanty expressed his hope on the state government which he hoped to act as facilitating agent to accommodate such retail investors. He further added that being a boost to the real estate sector, FDI in retail will accelerate the economic growth of the state. FDI can offer a great contribution to the economy of the state.

Interestingly none of the cities in Odisha could find a place in the list of the Centre government.  The Centre has made the list of 53 cities on the basis of population. Only those cities with minimum of 1 million populations were included in the list.

Real estate developers pointed to the addition of some villages to the municipality corporation will enable some cities to acquire the minimum population required.

However, real estate developers opined that addition of some more villages with the municipality corporation can make some cities eligible. Adding of some villages to the municipalities will help the cities to cross the one million limit of population.

It is estimated that the FDI in commercial real estate sector is to facilitate nearly 20 million job opportunities in the country within a period of three years. The expected investment will reach up to $700 million in the whole country.