Sahara Group Chairman Subrata Roy invited Securities and Exchange Board of India executives for an open debate. Mr. Roy said that the debate could be a live- telecast. 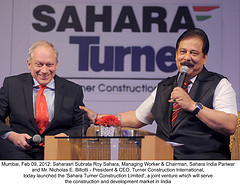 The dispute between Securities and Exchange Board of India and Sahara Group dates back to 2008. The issue began when two subsidiary firms of Sahara Group sold convertible bonds worth $3 billion. Nearly 30 million small investors bought the bonds.

Both Sahara India Real Estate Corporation and Sahara Housing Investment Corporation were alleged to break the codes of conduct of SEBI. The firms’ sale of convertible bonds was termed illegal.

The market regulator claimed that the sale was against the public interest and their norms. SEBI further called it as an entirely ‘private placement.’ 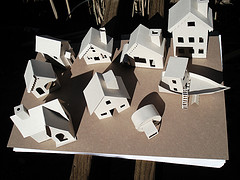 Will Sahara’s fight with the market regulator shackle its kingdom?

In a statement published and given to the media, Sahara Claimed that the groups have already paid the entire amount to the investors. As per their records, they also had paid an additional Rs.5120 Cr with the market regulator.

It further adds that the market regulator is taking revenge on the group. However with the full-page coverage and advertisement, the rivalry between the two is to get worsened.