Last year India received total investments worth Rs.122 lakh crore. Realty investment was only Rs.42,000 Cr. This is far below the amount received in the year-before.

In 32012, India received Rs.92,600 Cr in the form of realty investment. However this year, the realty market could not collect even a half of it. 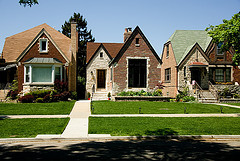 The available data with Associated Chambers of Commerce and Industry of India (ASSOCHAM) have proved that most of these investments are done in Gujarat and Kerala.

On the basis of growth rate, Kerala which saw a growth by 550 per cent, stood second.

Realty investment is considered as the safest form of investments in India. The investors usually remain keen to invest in the realty market. Though the prices have multiplied 10 to 20 times in the last decade, the last two years saw a slowdown of price hike. 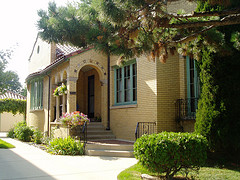 Still the prices are beyond the reach of majority of the Indian buyers. This led to weak home sales which in turn hurt the sentiments of the investors as well. Further the sluggish momentum of realty market drove them away.

While releasing the analysis of ASSOCHAM, its national secretary general D.S. Rawat said that realty investment fell in most of the states.

Some states like Gujarat and Kerala remained as exceptions to this. While Gujarat saw a rise of investments by 700 per cent, Kerala saw a rise by 550 per cent.

Uttarakhand and Rajasthan stood third and fourth places with growth rates of 400 and 175 per cents respectively.

India received an overall investment of Rs.122 lakh crore in the last fiscal. However realty investment accounts only a mere 11 per cent of the total investments.