To implement the pending Real Estate Regulatory Authority Bill, finally Prime Minister’s Office had to step in. PMO has directed both housing and urban poverty alleviation and urban development ministries to sort out their issues and implement the bill soon.

The implementation of Real Estate Regulatory Authority Bill has been delayed due to the war between the Ministry for Housing and Urban Poverty Alleviation (MHUPA) And the Ministry for Urban Development. Finally, these ministries are ordered to solve out the issues and soon implement the Bill.

Meanwhile the Urban Development Ministry came up with the argument that the subject is under their authority and they have a fresh bill as against the MHUPA – proposed Real Estate Regulatory Authority Bill. Kamal Nath, Urban development minister, wrote a letter to the office of PM in this regard. 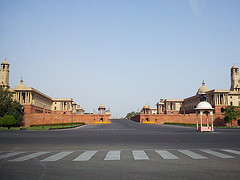 After pressured by the PMO, both the ministries met the delegates of real estate developers’ associations. They also met the representatives of some industry houses as well.

An official in the housing ministry revealed that the real estate developers’ associations are asked to present their views on the issue to the ministry. He added that, once their views are presented, the ministry will hold another round of consultation.

Sources close to the housing ministry said that the ministry is keen to finalize the Real Estate Regulatory Authority Bill and present it in the upcoming Budget session.

However the real estate builders oppose the setting up of a real estate regulatory authority as it may hurt their interests. As per the Regulatory bill, a regulator, in front of whom the builders will have to register for any project over 1000 sq. m., will be appointed in every state.

The failure to comply with the registration may bring imprisonment – maximum 3 years or penalty up to the 10% of the total cost of the project. The builders will be allowed to advertise their projects only after registering with the regulator.