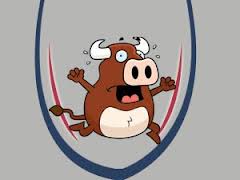 Deccan Chronicle Holdings’ (DCHL) disclosed their plan to sell out their IPL franchisee. This seems to be a stepping stone to another real estate firm after DLF to the Indian Premier League (IPL). Mumbai -based well known real estate firm Kamla Landmarc is set to try its luck in cricket.

Earlier last month BCCI (The Board of Control for Cricket in India) had terminated the license of Deccan Chargers as they failed to comply with a deadline for overdue player fees. The Deccan Chargers had filed a petition in the Court against this. The court has not yet given a verdict over the matter so far.

Mumbai based real estate company had bagged a large number of success in the real estate arena mainly in the Mumbai Real Estate. This stream of success is expected to be continued in cricket too. Kamla Landmarc plans to purchase Deccan Chargers, the trouble driven IPL franchisee.

Deccan Chronicle Holdings, the owner of trouble- led Deccan Chargers, disclosed that they are in talk with the real estate firm over their selling of the IPL franchisee. Meanwhile DCHL is said to have given authorization to the board of directors over the selling.

In the DCHL filing to the Bombay Stock Exchange (BSE) clearly spoke out of the given authorization to the board. As per the filing the board is authorized to sell, transfer or dispose the franchisee to Kamla Landmarc Real Estate Holdings Private Limited.

The company further added that it approved the draft which was placed before the Board of Directors during the October 11 meeting. The details of the financial transaction have not yet been revealed by the company. The company officials keep closed lips over the matters of this deal.

According to the data collected by Daily News & Analysis newspaper the deal is expected to be settled at a figure of around $190 million (Dh697 million).

The company added that the board’s resolution is waiting the approval of the shareholders of DCHL. Soon after the announcement there has been a notable climb of 4.92 per cent on the BSE in the shares of the company.

The BCCI has not yet commented on the issue on the selling plan of Deccan Chargers, The Hyderabad-based franchise. Deccan Chargers was bought in 2008 prior to the inaugural IPL season, by Deccan Chronicle for price money of $107 million. The team emerged as the champs in the year 2009.

Comparatively this season was a worse one for the team as the team finished second from the bottom despite the team’s world class players like Kumar Sangakkara (Sri Lankan Classy wicket keeper Batsman), Dale Steyn (South African Spear head bowler) and Cameron White (Australian quick batsman).