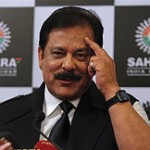 Sahara Claims that they have refunded their OFCD  real estate investors.

A December 9 advertisement showed that both Sahara firms – Sahara India Real Estate and Sahara Housing Investment – have paid SEBI Rs.2,620 Cr. The real estate firms have paid an additional Rs.2500 Cr as well in defense in form of buffer amount.

Last week Supreme Court has granted more time to both Sahara group firms to refund. The SC has given 3 months’ time to refund. As per the SC order the Sahara real estate firms are to pay the entire amount back in two installments. They are given the time up to February first week.

Meanwhile Sahara India Pariwar gave a colorful advertisement which stated that the firms’ liability is a mere Rs.2,620 Cr. The advertisement was given in some top newspapers.

As per the published advertisement the group has redeemed the Optionally Fully Convertible Debentures –OFCDs over a period of time. The Sahara advertisement further stated that both Sahara India Real Estate and Sahara Housing Investment together have a liability of Rs.2,620 Cr.

In fact this amount is slightly more than 10% of the actual fine of Rs.24,000 Cr. The amount is said to be collected from three crore investors across the country.

Sahara has proposed to pay of a sum of Rs.5,120 Cr to the Apex Court. This will be enough to clear the unresolved OFCD liability, added the statement.

The Supreme Court ordered Sahara to pay the entire amount in installments on December- 6. As per the SC order the real estate firms are to finish the repayments by the first week of February. SC bench, with Chief Justice Altamas Kabir as its head, ordered Sahara to deposit Rs.5,120 Cr initially.