Haryana Chief Minister Bhupinder Singh Hooda’s close relatives have acquired a large number of real estate properties in the state. Many of these real estate dealings point to politicians deep relations with the real estate giants. 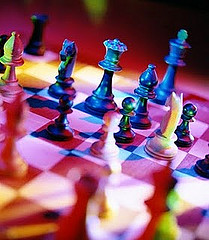 Bhupinder Singh Hooda’s son-in-law prepares to play a game of brain in the real estate sector.

Haryana, being a fertile land for real estate, is always sought after by the real estate builders. Many relatives of Haryana Chief Minister Bhupinder Singh Hooda run companies in the state.

Havelock Developers Pvt Ltd is one among the many. It came in to life in 2007 as a fully owned sub-firm of Unitech builders. Havelock obtained land parcels in many parts of Gurgaon. The firm own land parcels in Gurgaon’s Fazilpur and Badshahpur areas.

Havelock obtained unsecured loans of Rs.6.7 Cr from Unitech, one of the largest real estate builders of the company. Well before the loan tenure came to end in March 31, 2008, Havelock’s ownerships were transferred to Anjali and Kunal Bhadoo, Haryana Chief Minister Bhupinder Singh Hooda’s daughter and son-in-law. The transfer took place in September.

Anjali and Kunal Bhadoo have partnerships with CHD real estate developers as well. Navyug Education Pvt Ltd was a joint venture of them and later Mr Bhadoo acquired the ownership rights of this firm as well.

Real estate major DLF’s connection with the Haryana government under Hooda has become a news-heading recently. Hooda government is alleged of having comfortable and smooth relations with the DLF group.

DLF was accused of having illegal real estate dealings with Robert Vadra, the son in law of Sonia Gandhi. Arvind Kejriwal was the first to accuse the real estate major. However the Congress party, the Central Government and Vadra all have denied all about it. Hooda’s son in law, chartered accountant by profession, also denied the charges. He said that his dealings are clean and cent per cent legal. He claimed to pay all revenues and stamp duty as per the government norms.

Mr Bhadoo said that his core business was never the real estate. Real estate business is only secondary to his education and philanthropy sectors. He revealed that he bought the Havelock shareholding from Unitech at a price worth Rs.1.61 Cr. Both Unitech and Havelock have decided to launch projects jointly added Mr. Bhadoo.