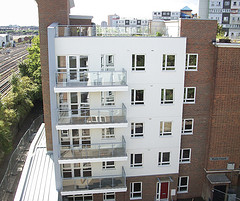 AHMEDABAD: The state government is planning to introduce a new housing policy within a month. Gujarat government has also plans to impose two sub-policies as well.

While one of them will be on slum rehabilitation, the other will be on affordable housing development. Both the sub-policies will be launched together.

Sources with direct knowledge of the development reveal that the government plans to construct around 22 lakh housing units. These housing units will be developed in the urban areas.

Out of these 22 lakh housing units, 7 lakh units will be set apart under slum rehabilitation program. In various cities, survey of slums has been finished.

The remaining housing units will be falling under other categories like EWS, LIG, and MIG. While focusing on the weaker sections, the higher class groups are kept away from this program. 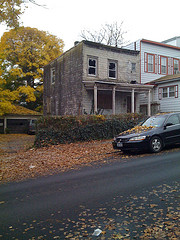 Gujarat government to implement new housing policy in the state.

Though these houses are meant for the economically weaker sections, the quality will not be low, promises an official of urban development department. He assures that the housing units will be developed, using better technology and so the quality will be good.

The houses meant for relocating the slum dwellers will be of 25 sq. m. The average cost expected is Rs.3 lakh to Rs.3.5 lakh. The additional costs will have to be met by the buyers.

The focus of new housing policy will be lower economy sections. The houses will be affordable, continued the official. The EMI will be less than 40% of the monthly income of the buyers, he added. The government has land parcels in various cities for the project.