MCHI-CREDAI Property Expo 2013 is being conducted at MMRDA Grounds in Bandra Kurla Complex. The four day property expo will end on 14th of April. 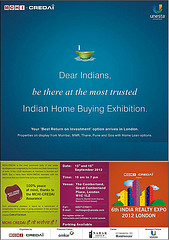 MUMBAI: The first two days of MCHI-CREDAI Property Expo 2013 saw huge numbers of prospective buyers visiting the property show. It shows that the demand is not much affected by the sluggishness of the realty market.

Nearly 25,000 prospective buyers visited the property fair on Friday. This number of property buyers have really spirited the builders.

Over 15,000 residential properties across Mumbai Metropolitan Region (MMR) are showcased in the four day fair. The fair has properties located in Navi Mumbai, Pune and Thane.

The buyers showed keen interest in the properties located at Dombivli and Andheri too. Gundecha, Hubtown and Lodha developers have projects in these areas.

Those who were looking for investment options also visited the fair. Panvel and Thane remain the favorite spots for the investors.

Most of the properties showcased at MCHI-CREDAI Property Expo 2013 were offered with some discounts. Prices for some projects however remained the same. 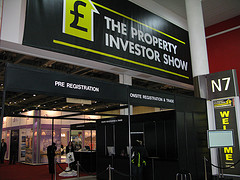 Commenting on the huge response of the prospective buyers and investors, MCHI-Credai exhibition committee Chairman Bandish Ajmera said that he expects more crowds in the coming two days. Mr. Ajmera said that he was happy to see that the property expo has become a great success.