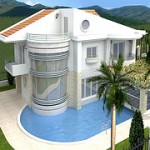 The year 2012 witnessed a decreasing price appreciation for the residential sector. This year with the approval of land acquisition bill the situation is going to be worsened. Experts are of the opinion that the bill will necessitate price – hike. In fact the value appreciation will be improved.

Land acquisition bill empowers the land owners with more power on their land. They will have a strong hold over the projects as well. But with this bill the worst thing which will hit the real estate market will be the hike of housing prices.

The Confederation of Real Estate Developers’ Associations of India expressed its discontent. It was clear in the words of Mr. Lalit Kumar Jain, the National President of CREDAI. He said that that the bill was entirely against the real estate industry. He added that the prices of housing sector would go up. He was talking about the Union Cabinet’s green signal to the land acquisition bill.

The national president of CREDAI said that the land acquisition bill will hinder big real estate projects. The real estate developers will be reluctant to go with such bigger projects.

As per the new bill the real estate builders are to obtain 80% consent of the land owners. This is 70% in case of joint projects of private and public sector. The land owners should be offered higher compensation and rehabilitation packages, the bill proposes.

DLF official was of the opinion that the impact of the bill can only be known in the coming days. Before the bill becomes effective and operational nothing can be said of it, DLF official replied. Rajeev Talwar, Executive Director of DLF, said that the future plans of the company will be taken only after proper analysis and study.

Both Hiranandani and DLF said that they are currently acquiring land only with full consent of the land owners. They added that they will not have any problem related to this.

Mr. Anuj Puri, Jones Lang LaSalle India Chairman and Country Chief, said that the bill will inversely affect the demand for housing projects. The unaffordable prices will create less demand for anything and this will be applicable to the housing sector as well, he conveyed.