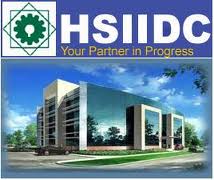 A notice signed by the chief information commissioner of Haryana, Naresh Gulati, asked the HSIIDC to upload its details of all allotments made under the NRI quota on its official portal and submit a compliance report to the Chandigarh headquarters of the commission.

The order comes in the wake of a number of RTI applications filed by a Gurgaon-based activist seeking information on allocation of plots under the NRI category.

The first RTI application in this case was filed by an industrialist, in March. The govt officials responded saying they don’t have the data ready. Then the applicant filed four different RTI applications, and couldn’t get HSIIDC to respond appropriately. Later, he appealed to the state information commission for the data.

In its 2011 estate management policy – still a subject of widespread criticism – HSIIDC reserved 12 pc of industrial plots under its NRI quota. An NRI plot allotment panel was created as was a foreign investment and NRI cell for prospective applicants. But there was no clarity on what the policy points for selecting NRI candidates for the allotments.