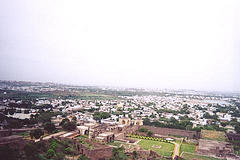 With large number of affordable housing projects launched, Hyderabad has become one of the most affordable real estate markets in India. Due to the IT and ITeS development in the city, Hyderabad is more demanded and has become a favorite home destination.

Global real estate consultancy firm Knight Frank reported that Hyderabad has become one of the most affordable real estate markets. The city achieved greater popularity as builders are up with their new affordable housing projects.

The city witnesses better demand for housing segments. The situation got better with the declaration of the proposed metro rail and the new government order on affordable housing (GO 245). The GO 245 relaxes the builders from the bondage of EWS/LIG housing norms. 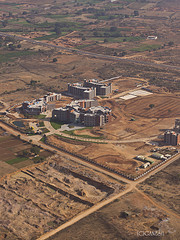 Hyderabad city termed as the most affordable city

With the increased demand, the real estate market seems buoyant for the upcoming days. The global real estate consultancy report stated that the city has become highly suitable for end-users as well as investors.

The Knight Frank report added that the affordable residential sector has been moving upward after the 2008 –downturn due to the Telangana issue. Because of the Telangana- turmoil the city has witnessed a sluggishness from the IT and ITeS sectors.

In second half of 2012, a large number of residential projects were launched. Majority of these projects were developed in areas such as Raidurgam, Madhapur, Kukatpally, Kondapur and Gachibowli.

The middle- income housing segment claimed nearly 88% of the total absorption. This shows that majority of the home buyers choose smaller homes since the economic depression in the state.

Andhra Pradesh Real Estate Developers Association (APREDA) vice-president Mr. Chalapathi Rao said that there has been an increase of around 15%,in the sales of housing units. Mr. Rao added that there will be another 5 to 10 % rise in the sales.