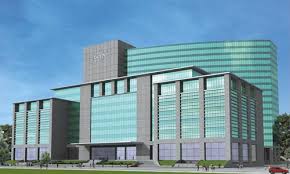 According to sources Realty firm Godrej Properties has bought back Private Equity(PE) firm Red Fort Capital’s 49 per cent stake that is developing an IT Park in Kolkata, for an undisclosed amount. In 2008, Red Fort had picked up 49 per cent stake in the IT Park project Godrej Genesis from the firm.

In terms of the deed with Red Fort India Real Estate Babur (Red Fort) for Project Godrej, the realty major has given exit to Red Fort by acquiring its 49 per cent stake in the equity share capital of its subsidiary Godrej Developers Pvt Ltd (GDPL).

After the deed the realty giant has become wholly-owned subsidiary of the firm with effect from December, but never discloses the amount it paid to Red Fort for acquiring back its stake.

Earlier this year in July, the Godrej had bought HDFC Asset Management Company Ltd’s nearly 50 per cent stake each in the realty firm’s two projects at Chandigarh and Chennai.

HDFC PMS a Portfolio Management Services had infused about Rs 150 crore to pick up stakes in Godrej Properties’ two subsidiaries, which are developing residential projects in Chennai and Chandigarh.

Godrej Properties has presence in 12 cities with about 90 million sq ft of potential developable area across the country.

The realty giant reported 49 per cent surge in net during first half of this fiscal at Rs 75.7 crore, while total income grew by 22 per cent to Rs 570.6 crore during the period.