Partnering with Jet Airways, Godrej Properties will develop a commercial project in the Bandra Kurla Complex in Mumbai. The airline and the realty firm will hold equal shares of the project named Godrej BKC.

The construction has already been started and the project is expected to get over by 2015-end.

Pirojsha Godrej, the Managing Director and Chief Executive of GPL; while commenting on the project, said that the firm expects to create around Rs.3,500-4,000 Cr from the project. He added that the project will be completed within two to three years. 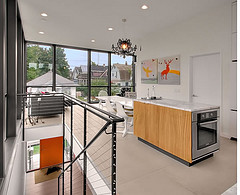 The profit arising from the commercial project will be equally distributed among the partners. Both the partners seemed optimistic about the success and good response of the project.

Being confident over the success of the project, Pirojsha Godrej added that the commercial space demand and office space absorption is expected to bounce back in the coming years. Revival of the economy is also expected along.

Godrej BKC is strategically located in the heart of BKC. The project is expected to receive an average appreciation of Rs.27,000 to 28,000 per sq. ft.

The project will be developed in 2.5 acres of land which Jet Airways had bought from the Mumbai Metropolitan Region Development Authority (MMRDA). The airline acquired the land from MMRDA at a cost of Rs.399 Cr, in a public auction held in 2006. The realty wing of the Godrej group has given the contract to Larsen & Toubro, engineering major who will develop the commercial project.