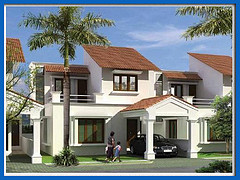 By selling its stakes in the Aman Luxury hotel, Real estate major aims to cover up its debt. Furthermore it has plans to develop some projects in Delhi real estate. Within a period of next three to four months’ time Delhi real estate will be able to witness some new DLF projects.

DLF’s Sr. Executive Director Sriram Khattar informed that the firm will start up Delhi real estate projects within four months’ time. DLF recently sold its stake in Silverlink Resorts Ltd which holds Aman Resorts. Aman Resorts runs hotels such as Amanwana which rose to fame when late Princess Diana visited the hotel. The hotel is situated close to the Tambora Volcano which is in Sumbawa Province of Indonesia.

Chairman Kushal Pal Singh guided DLF plans to refocus on real estate again. The firm had expanded business endeavors into hotels, wind farms. They also had plans to expand to export processing zones. However their attempts to expand were not as successful as they expected it to be. This made the firm to rethink of their expansion plans.

DLF would be able to cut off nearly 26 % of total debt by selling the Arman shares. The real estate firm will be able to attract the investors and go forward with their projects in Delhi real estate.

Soon after the news was out there was a rise in the shares of DLF. At present it is nearly 57% below the initial public price and it is the third worst performing shares in the market. The market value for DLF shares reached 225.9 with the rise of 0.3 %. In 2007, DLF could raise Rs.91.9 billion in its initial share sale. In 2007 the DLF shares were sold at Rs.525 per each piece. DLF also has plans to raise an amount of Rs.9 billion by selling its wind farms.