Connaught Place in New Delhi and Bandra-Kurla Complex(BKC)in Mumbai have been counted among the top and most expensive office locations in the Asia-Pacific region. 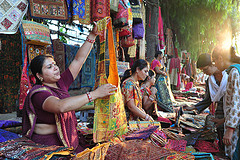 Connaught Place: As offices have become hotter here, the number of street-marketers may increase.

According to Cushman & Wakefield’s annual survey titled ‘Office Space Across The World 2013′,  Connaught Place  in New Delhi and Bandra-Kurla Complex (BKC) in Mumbai are included among the most expensive office locations in the Asia-Pacific region. Surprisingly the list dropped Nariman Point from the top 10 list.

As per the global real estate consultant’s report, Connaught Place; where the yearly cost of office space per sq. ft. was $162, stood second in the top 10 list of the region and fourth in the worldwide list. While with $82 per sq. ft. of yearly cost, BKC ranked eighth in the list.

Meanwhile Nariman Point which was considered as one of the most expensive office locations in India was not included in the top 10 list.

Connaught Place emerged as the fourth most expensive office locations in the world. This is mainly due to the shortage of office space in the area, said Mr. Sanjay Dutt, executive MD, C&W. 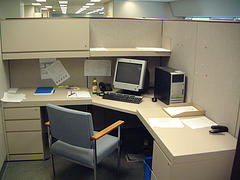 Offices in Connaught Place is costlier than ever now.

Rentals have shot up in Connaught Place due to the insufficient office space in the area. For many reasons this is one of the best commercial locations in New Delhi. The new master plan for New Delhi by the Delhi Development Authority also failed to provide ample commercial space in the city.

Additionally Connaught Place is well-supported by socio-political infrastructure as well, Mr. Dutt added. He pointed that with a 25% increase in rentals, the cost of gaining an office space here is now Rs.403 per sq. ft. per month.

Commenting on the growth of BKC, Mr. Dutt said that BKC has good commanding rentals now. The current rentals here are Rs.280 per sq. ft. per month. As against Connaught Place, BKC is noted for consistent supply of office space. BKC witnessed 2% growth in office rentals in the last year.

However the office rentals in Nariman Point remained stable at Rs.270 per sq. ft. per month last year. For the first time the percentage of vacant office went above 10% as well at Nariman Point.