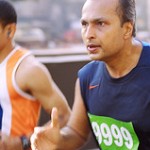 Anil Ambani sets for another race along with the Chinese real estate Giant.

The first joint real estate project will be launched in Navi Mumbai. Anil Ambani’s Reliance Group has land parcels in Navi Mumbai and Hyderabad. The group officials disclosed their plans to build integrated township projects in India. These two projects will combine an area of about 20 million sq. ft.

Their first joint venture will develop nearly 10 million sq. ft. space at DAKC. R-Com owns DAKC. Offices of the telecom services firm and some other group firms are working here. There has been a double fold increase in the property prices of DAKC since it became operational in 2002.

Reliance and Wanda withheld from revealing the financial details of the deal. Yet, quoting a senior Reliance executive, Mint reported that the estimated cost fall between Rs.6000 Cr to Rs.7500 Cr. The estimated amount will be spent on both Hyderabad and Navi Mumbai projects.

Reliance Group’s deal with the Chinese firm will be meant to reduce the overburden of the group. Presently, the Indian firm is laden with debt. Reliance will become capable of removing the debt by monetizing its land parcels.

The previous attempts of the group remained unsuccessful. The firm had attempted to ease its debt by divesting its telecom tower assets and listing its undersea cables unit in Singapore. Earlier this year Reliance had sought financial aids from Chinese banks. Reliance Communications and Reliance Power also have secured loans to initiate new projects and repay the holders.

Anil Ambani claimed in his statement that Reliance has solely become the largest trading partner between China and the India. He added that the tie up with the Chinese real estate firm Wanda Group is part of their expansion procedure.