The Private equity biggie has hit the news headlines with its dealings with many real estate developers. Blackstone recently had business-deals with DLF.  Last year, it acquired DLF’s IT SEZ in Pune by paying Rs.810 Cr. 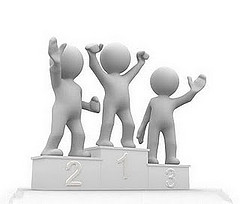 Blackstone private equity firm is on the top to buy the Vrindavan Tech Village, Bangalore.

Blackstone is said to have a plan to buy Unitech’s IT Park at Dundahera in Gurgaon. For this Blackstone is competing with other global investors like Xander Group and Mapletree. All these are done with the view to gain greater rentals from the real estate assets in India. The firm will surely be able to gain a comparatively higher amount as rentals.

Vrindavan Tech Village promoters have 106 acres.  Out of this, some acres are leasehold land from the state government. Majority of the area are available for sale. 75 acres of land are undeveloped. At present nearly 2.1 million sq. ft. of land is given on rent. Cisco, Nokia, Ness Technologies, Sony and Talisma are some fo the major tenants of Vrindavan Tech Village.

Bangalore-based Vrindavan Tech Village will be valued Rs.2200 Cr. The existing debt of Rs.1200 Cr has to be paid back. The firm will have to meet the amount to secure the clearance certificates from the government. Further the Vrindavan project has an existing arbitration with Citigroup which has financed the project in the past.

Vrindavan Tech Village is strategically located on ORR Bangalore. The project is promoted by Mithilesh Kumar Tripathi, an industrialist and the chairman of Vikas Telecom. Real estate development firm Assetz is the developer of the project. However Blackstone and Assetz declined to reveal the further development in the move.