Rentals of top-end villas declined in Bangalore over the past year. This is mainly due to the increased number of villa projects in Bangalore. 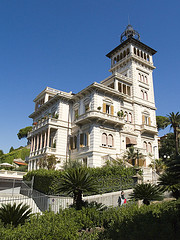 With many upcoming residential villa projects in the city, Bangalore now sees a decline of rentals of top-end villas. Moreover the rentals are affected by the lowered number of expats in the city.

Available data prove that the rentals of top-end villas have declined by 25 to 30% in the past year.

DTZ India, a leading property consultant, reported that the rentals in Whitefield are going at lower rates. Whitefield, last year, had seen a growth of rentals from 2.5 L to Rs.4 lakh per month. However the rental rates have gone sharply down this year.

Another realty consultant L J Hooker India too reported a similar fall of rentals in the city. It stated that the rental, even at the most sought after Palm Meadows, have fallen sharply from Rs.4 lakh to Rs.3 lakh per month.

Most corporates have reduced their budgets due to the tight global market conditions. Some of them even had the plans to cut short the number of expat. 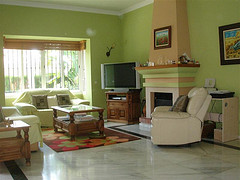 Estimating the relocation of expats to Bangalore in the first three months of 2013, Alexander Moore, L J Hooker India’s CEO, said that the relocation is lowered. So far, only 50 expats have relocated to Bangalore while the number was a double in the last year. Mainly the European companies have lowered their budgets.

A large house with a private pool in the gated community of Epsilon received the highest rental last year. The rental of the house was Rs.4.25 lakh per month.

Though the rentals of villas are falling the rentals of apartments are shooting up in Bangalore. Sarjapur Road, Whitefield and Outer Ring Road area now witness better rental appreciation.