Blackstone is the largest PE investor in India. The US-based PE major alone has invested over $600 million in the Indian realty. However the group has so far invested only in the south and west India. Bangalore holds majority of their investments. The group has also invested in Pune and some southern and eastern cities. 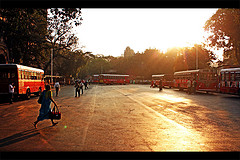 Bangalore and Mumbai holds the lion share of PERE investments.

Blackstone has investments worth $153 million in DLF-Akruti, an IT and SEZ project in Pune. The PE major also will join with Embassy group to develop three commercial projects in Pune and Bangalore.

A former executive at Blackstone opined that PE investors are focusing on urban centers for better returns. He added that the North, though it is big has only a few urban centers.

Delhi and NCR are the two urban centers in the North. On the other end, South and west are having a handful of urban centers. This view is refuted by some experts who say that the South is having more investment just because the PE investors are investing more in IT parks. There is no doubt, South has more number of IT hubs in India.