Air India plans to lease its realty assets in Delhi to government enterprises. The airline does not prefer divesting the realty assets to private companies. 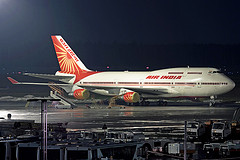 NEW DELHI: Air India plans to lease out its real estate assets, located on Baba Kharak Singh MargBaba in Delhi. However the airline has expressed that it would not sell its properties to any private entity but will lease them to government entities.

While planning to lease out its real estate assets in Delhi, Air India has said that the preference would be given to government entities. ONGC, LIC and SIB have showed their interest in leasing the property of Air India.

As part of its monetization program, Air India will lease around 1.7 lakh sq. ft. of office space in central Delhi. The property is located on Baba Kharak Singh Marg.

Though many private sector companies have approached the national carrier for leasing, the airline authorities have said that the preference will be given to state-owned entities.

The monetization program was launched in February. The plan was decided to clear off its debt.

As part of its monetization program, Air India will lease out its properties across India. Some overseas properties also will be leased.

By leasing out the real estate assets, the airline plans to acquire Rs.5000 Cr. The lease plan will be executed within three years.

Despite the overburden of debt, the national carrier does not want to sell the properties to any private companies.

Life Insurance Corporation, Oil and Natural Gas Corp and State Bank of India are in the forefront to grab the property.

Speaking about the preference of government entities, a senior executive of Air India said that if the property is leased to one of them it will remain as the property of the government.