Sahara India hunts for global iconic properties. And the firm lays its eyes on Air India’s landmark headquarters at Nariman Point in Mumbai. 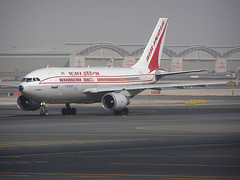 Air India shakes its head in negation to Sahara’s bid.

Debt- driven Air India has recently disclosed its plan to lease/ monetize its real estate assets to cut off its debts. The national carriers was planning to lease out 20 floors of its headquarters at Nariman Point while keeping the top three floors for its own office purposes.

Air India expects to generate around Rs.50 Cr yearly by leasing out 16 lakh sq. ft. in the tower. Lucknow – based Sahara group approached Air India with its plan to lease out the entire area for 30 years. The sources close to Air India however said that the bid was not accepted as it did not wish to lease out the HQ in Mumbai for a longer period. Air India plans to lease the HQ building for shorter period.

A Sahara spokesman revealed the group’s decision to bid for the Air India HQ. However he kept his lips closed about revealing the purpose behind the lease- plan.

A senior officer of Air India said that they want to keep the landmark building in their name itself. He revealed that this is included in the terms and conditions of the lease. His words pointed that the Sahara would be demanding the entire building for running a hotel. Yet their bid cannot be accepted as they demand for a longer period of 30 years as against the Air India’s plan to lease the building for 4 to 5 years.

The Air India official disclosed that the national carrier will lease four floors within a couple of weeks. Four more floors will be leased soon. There are many government departments coming forward with plans to lease out the floors. Yet their bids remain lower than the expectations.

Many real estate investors are interested in this property. Many of them withhold because of the short term nature of lease. They have reported this issue to the Air India board and the AI board consider revision of lease tenure.

As per the latest data available with the aviation ministry, the debt of AIR India amounts Rs.47,226 Cr. Air India plans to raise an amount of Rs.5000 Cr yearly and erase the debt within a decade. In short Air India desperately needs some quick cash.