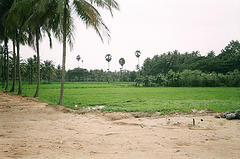 Those who have invested in the agricultural land with the aim to covert them later and have not gained NA permissions already will be affected by the Ahmedabad Authority’s new plan. Under the new plan the conversion of agricultural land for other purposes will be banned entirely.

As per the new plan only 5% of agricultural land will be allowed for construction. In short the new plan will affect farmhouse – development greatly. Considering the small plot sizes, the construction of farmhouse will become impossible. The people who have invested on lands on the SP Ring road-corridors will have to find some other options if they have not attained NA permit. 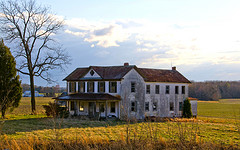 Though relaxations on constructions will be extended to a further 200 m radius –from the existing boundary of the villages, the constructions can be done only with the consent of AUDA. However in the case of large residential township projects or big institutions which are specified under the current General Development Control Regulations, will gain exceptions to convert the agricultural land.

The new development plan will come into effect only by the end of this year. However AUDA has instructed the officials to cancel all pending applications for NA permission. The Ahmedabad Authority has also instructed not to accept any fresh NA applications as well.

However the new development plan of the Ahmedabad Authority will affect the land sharks who have acquired land banks in these villages with the purpose of gaining huge profits by turning the agricultural lands into residential plots. Many realty investors have acquired land banks in the AUDA limit with the aim to convert them into residential plots later in future. It seems the new development plan will haunt them like a nightmare.