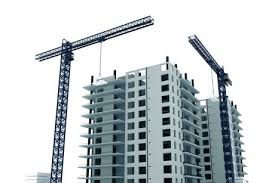 The four state polls results have floated a new wave of expectation in the UP’s real estate sector in recent times, according to the experts. The experts believe that the clear mandate will lead to economic growth in the country. The market sentiments will also respond very soon to breach all time high soon.

However, these elections verdict are alarming signal for those parties, who so far believe that money, muscle, actor and caste factors are the wining formulas of elections. The historic debut of AAP party has strengthened the power of Aam Aadmi in the NCR region.

The realty sector is hoping that this will mark a positive impact on the market, which was reeling under slump from last few months. Suddenly, the market saw rise of 330 points in the BSE after a strong performance of the BJP in the recently concluded Assembly polls in four states.

From last few months the realty market was witnessing major downfall. Even the exit polls of assembly results left positive impact on the Indian market. The sector is hoping that real estate market, which provides which provides bread and butter to crores of people of this country would be revived soon.

Politicians are engaged in divide and rule policy but this is an alarming signal for all politicians and political parties, who believe that muscle, money, caste and actor factors are winning formula in the elections.  The residents are fed-up of all these things in the country. Delhi election is model for the entire nation and the people of this country must learn something with Delhi election historical result.