Katrina Kaif owned an old apartment which according to her was not as comfortable as it should be. Further it had various other problems like leakage and so on. Thus she has been on a house-hunt for a while.

Everyone expected her to buy out a new luxury home. But this expectation soon was proved wrong as she finally left her house-hunt. The Bollywood Actress decided to renovate her home and make it in the way she wanted. 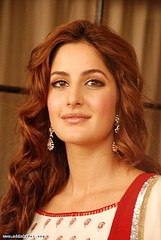 Katrina Kaif has decided to renovate her home.

Her apartment is located at Guldev Sagar on Waterfield Road in Bandra. Many of the Bollywood actors and actresses are residing in this location. Here she owns a 3 BHK apartment.

Confirming the news, Katrina Kaif said that she is entirely renovating her home. The renovation includes its interiors as well as floors. Upholstery and paint, etc. also will be changed as part of renovation.

The interiors will be designed by interior designer Soni Tanna, a family friend of Katrina Kaif.

Katrina Kaif has left her home-hunt.

Earlier she had expressed her desire to have a sea-facing home. She has been searching for such a home and has seen more than a dozen of sea-facing homes.

She was also reported to show interest in building a bungalow in the Juhu Scheme project. She dropped her plan to build a bungalow in Juhu as its neighborhood areas are afflicted with water problems.

She also had to skip her plans to buy another apartment as she liked none of them. These flats did not meet the expectations of Katrina.

Refuting these views Katrina Kaif said that she had no time to spend for seeing homes any more. Currently she is busy doing her forthcoming projects.

It means, for the time-being, Katrina has decided to renovate her water-leaking apartment and not to seek any new home. One thing is sure that the renovated home is nothing less than a new home as the renovation will be done entirely.