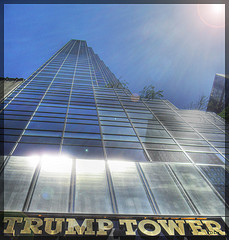 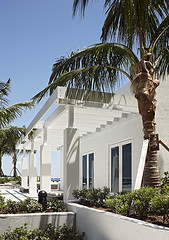 Trump’s eponymous real estate group expects to sign multiple deals for Indian residential projects and hotel contracts over the next five years, despite a market riddled by regulatory uncertainty and bureaucratic red tape.

“India, among other emerging markets, is the biggest push for our organisation,” Donald Trump Jr, an executive vice president of The Trump Organization, said on Wednesday.

Trump, whose portfolio includes projects in South Korea and Turkey, in addition to hotels and skyscrapers in the United States, is close to signing a couple of deals with Indian developers, the younger Trump said without providing details.

“Equity investment will depend on individual projects and partnerships but first we would like to form relationships which allow us to understand the processes and spectrum better,” the 34-year-old said on the side-lines of a hotel conference.

The developer entered India last year with a joint venture partnership with Rohan Lifescapes to build a 45-storey luxury residential tower in Mumbai.

However, work on the tower, which will bear the Trump name but involves no equity from the U.S. developer, has been halted for about nine months since authorities said it lacked the necessary permits, a common problem in an industry wrapped in red tape.

Indian developers are often hit by changing regulations. In Mumbai, for example, the scrapping of a rule granting extra floor space in exchange for providing public parking facilities has meant many projects must reapply for clearances.

But Trump, whose father is worth an estimated $2.9 billion, according to Forbes, says the lure of an emerging India outweighs the regulatory headaches.

“The Indian market is starved for a good luxury product and it needs a brand like ours,” he said.

“I like the regulatory changes I am seeing. It may slow things down a bit but will create a level playing field and will help in eliminating the unknown for an outside investor coming in,” he said.

The company plans to focus expansion in the country on luxury residences and hotels, and would look at cities including Mumbai, Delhi, Bangalore and the state of Goa.

Some local players such as privately held Lodha Developers and Godrej Properties are emerging as strong brands in India’s luxury housing space, but the market remains fragmented.

And despite a slew of interest rate hikes that have cooled India’s overall property market and hit luxury developers particularly hard, Trump is bullish.