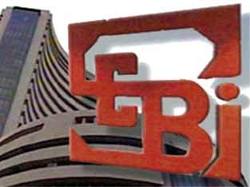 New Delhi: The market regulator Sebi is trying to bend its norms for tax reduction to attract the investors into Real Estate Investment Trust (REITs). The market watchdog fells the trust will go a long way in helping the cash ridden companies to raise funds.

To make REITs to be successful, Sebi will ask the tax officials to consider some incentives for the trust. After five prolong years of issuing the first draft norms for REITs, on October 10 the Sebi moved to issue the norms for the trust. The trust is expected to enrich the cash-strapped realty sector with capital infusion.

In the regulation and norms formed by Sebi, it has formed a framework similar to IPOs. The regulator has various norms including minimum offer size, public float and sixe asset to come under the REITs. The trusts are proposed to be allowed to list on exchanges through IPOs and through offers and raise funds. But in RIETs they are not allowed to float any offers.

As per rules, only such units would be allowed that have at least 90 pc investments in completed revenue generating projects.

The REIT may raise funds from any investors, resident or foreign though initially, till the market develops. It also proposed that the units of REITs may be offered only to HNIs /institution.