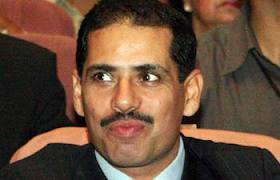 New Delhi: The Supreme Court of India refused to hear a PIL asking CBI enquiry into licenses granted to several developers, including Robert Vadra for constructing colonies in Haryana.

The apex court squashed the plea targeting Vadra while there are no other names written in the petition. The act was done deliberately for cheap publicity said the top court.

The Bench also asked why the plea was against a single person. Let the petitioner give the other names involved in the issue. Merely because Varda is related to political family, he cannot be called as a sinner.

The Bench also quizzed advocate ML Sharma, who filed the plea, in which he also pleaded the top court to over rule a decision of the State Government. The Bench also lauded Sharma’s in various issues in recent past.

Advocate Sharma’s plea was not targeting any one but only pointing towards Vadra. The petition has also sought over ruling of the order for stopping inquiry against the colony licenses issued to Skylight Hospitality Private Ltd.