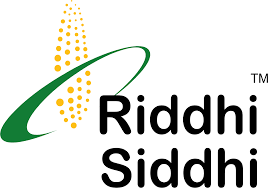 Riddhi Siddhi group has purchased 69,000 square feet of land in Bopal from Inductotherm India for an amount of Rs 268 crore. According to realty sector source this deal is hefty deal of this year. The plot became vacant after has shifting of manufacturing facility of Inductotherm India to Sanand.

According to the source ‘’ Last week deal has been completed and all formalities like property registration in the name of Riddhi Siddhi Infraspace. Riddhi Siddhi group is of Chowdhary family which has interests in Chemical business and commodity.

This plot is in a prime area which connects SP Ring Road and Ghuma. This land falls on BRTS route. This plot is neighborhood of plot which is vacant and used as vegetable market, surrounded by properties and commercial plots.

Sources said that discussion had been going on for past 6 months, some real estate player denied from the purchase even after signing some paper.  For stamp duty and registration fee Rs 13.13 crore and Rs2.68 crore has been paid in registrar’s office.

Official sources of Inductotherm and Riddhi Siddhi group could not been cached for their comments.