Budget 2013 has failed miserably to bring in any reforms in the realty sector. Many reforms like real estate regulatory bill and so on, were expected by the experts. 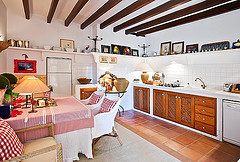 All expected reforms also stood away from realty sector.

The budget 2013 was expected to boost realty sector in many ways. Many reforms like real estate regulatory bill, infrastructure status at least to the affordable housing sector, etc. were the main reforms which realty sector expected from the budget 2013.

Leading realty players to greater despair and mischief, none of these reforms were included in the budget.

The main focus was on the lower and middle income segment people and affordable housing segments. On the other side the budget did not forget to levy heavy burden on the shoulders of the top earners. 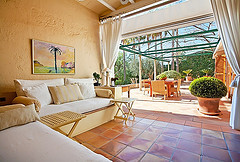 The budget 2013 contained no reforms to boost the realty sector.

Regarding the expected reforms in the sector, the budget has failed miserably to touch any of such reforms. Real Estate Regulatory bill was expected to improve the transparency in the realty sector. However it did not see light in the budget.

Another reforms missed by the budget also includes infrastructure status to the housing sector. It was also not implemented. This would have provided better provisions to the builders who would benefit from the tax exemptions and so on.

On the other side the affordable housing and infrastructure were given priority in the budget. The budget has proposed a deduction of Rs.1 lakh to the first time home buyers. This deduction is expected to boost the housing demand in the affordable segment.

However the proposed plan to levy 1% TDS on properties over Rs.50 lakh would affect the housing sales in the metros mainly. It is considered as an additional burden on the shoulders of both the builders and the customers. However it will be more affecting the housing sales in metros where the property prices, even for a single bedroom apartment, are far higher than the prescribed amount.

One thought on “Reforms in realty sector, untouched by budget 2013”