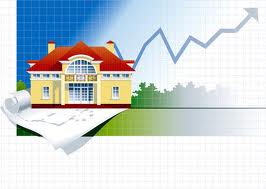 Further the PHDCCI Survey revealed that investment pattern in India shows that the highest flow of investment is in the form of traditional investments like real estate market which is followed by gold and silver.

The economic environment’s Uncertainty and the slower growth of the financial markets drag the attention of the people away from them. People felt stock market investment as a highly risky one. So they prefer to invest their money in a less risky way as against that of highly volatile investment avenues like stock Market.

Due to the implementation of manifold income generating flagship programs by the government led rural income to have a sharp rise. This in turn made the real estate market highly preferred. FD (Fixed Deposit) accounts have become another prior avenue of investments.

Real estate investment is not only preferred by the top professionals but rather by the other classes of profession. This is the same case in relation to the regional divisions of India like metropolitan, urban or suburban or rural populations.

The PHDCCI Survey added that there has been a greater level of preferences shown by the salaried as well as the farmers or the agriculturists. They had shown a greater passion to the gold and silver too.

Speaking further, the survey suggested having a necessity of alteration in the investment pattern in the much talked economy of India.

3 thoughts on “Real Estate Voted the Most Preferred India Investment”