Gadkari and his Purti Group is alleged to loot the farmers’ land. BJP president has been accused by Kejiriwal who said he has evidences to prove his allegations. 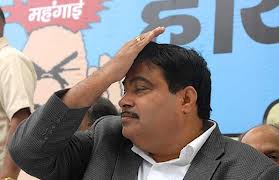 Real estate scam allegations have been shaking the politics for a quite good while. Politicians find it hard to deal with Arvind Kejriwal and his political party India against Corruption (IAC).

After Sharad Pawar and Robert Vadra one more politician’s name is associated with scam. This time it is Mr. Nitin Gadkari who heads the Bharatiya Janata Party. Besides he runs Purti Group which is  alleged of robbing poor farmers’ land. Real estate is one of the many portfolios of the Purti Group.

Mr. Nitin Gadkari, the President of BJP seems very clever. He has been running a firm without being noticed by the media and the hawk eyes of journalists for a great considerable period of time.

Mr. Gadkari owns Purti Power and Sugar Ltd a firm which is allegedly driven by his astronomer and driver directors. Suspicion swirls over Purti Group as it has  some slum addressed investors. Purti firm has alleged to acquire a loan of Rs 165-crore.

Like other politicians Mr. Gadkari  involved in business which spreads in vast fields like real estate or educational industry.

Sharad Pawar was alleged to have a hidden deal behind Lavasa’s Lake City project. He had no role in the Maharashtra government’s real estate dealings because he was only the Union Agriculture Minister. It was noted that his family member Ajit Pawar and a Mrs. Sule also has shares in the Lake City Project.

Inspired by Mr. Kejiriwal’s findings the media decided to have a cross check. This led the media to acquire some shocking information. Mr.Ajit Pawar Deputy C M of Maharashtra had shown some special favor to Gadkari’s NGO. The documents of RoC supported the case file against Mr. Gadkari.

RoC documents have been a great help in bringing Vadra-DLF dealings to light. How these documents revealed the affairs of Mr. Vadra, in the same way it sheds light to the case over the suspicious dealings of Mr. Gadkari. Mr. Kejiriwal disclosed how the son- in- law of congress president rose to power in a quicker time.

Meanwhile RoC documents proved the addresses of the directors of Gadkari’s NGO. These fake addresses raised much more questions.

Most of the politicians hold shares in their near relatives’ or associates’ name. There is also possibility of appointing either driver or astrologer as the directors of the firm.

Advisably every top politician should be subjected to scrutiny. This will add transparency and accountability to their dealings. His political career should not be misused for amassing wealth. In order to check the flow of black money in the direction of the politicians one journalist has to be vigilant.

The top politicians must reveal to the people who their business partners are, who are his associates and so on. This will certainly limit the chances of high level corruption and scam. Notably real estate is the main field of interest for many of the politicians.