In 2015, Pune worn out the average capital value acknowledge across key Indian cities in the residential real estate credit class. Real estate market of Pune witness price testimonial of 7.9% year over year last year. While price of others cities real estate market rise by 2-6%.
In North-West area like Hinjewadi, Marunje Road, Ravet, Punevale, etc witness the highest price appreciation of 8.9%, followed by the North-East area like Wagholi, Keshnanad Road, Kharadi, etc at 8.6%. Recognition in the South-East area like Undri, Pisoli and Kondhwa stood at 7.9%, while in the North Moshi, Alandi Road, etc. it was 8.4%. South-West area like Bhugaon, Pirangut, Gothawade and Central sub-markets Koregaon Park, DolePatil Road, Kalyani Nagar, etc. saw a price appreciation of 7.6% and 6.4%, respectively. 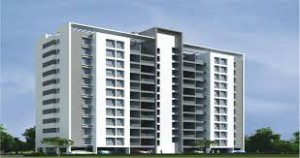 Pune is the wide hub of IT/ ITeS, BFSI and manufacturing companies, this is increasing population in Pune and due to this the demand of residential project is high. Developers are launching mostly of their projects in North- West and North-East. The border areas of the South-East sub-market also witness fast and significant number of launches in the price bracket of Rs. 3,000 to 4,000/square feet.

Pune’s luxury homes segment has also been growing, with salient players such as Panchshil Realty, Kolte-Patil Developers Ltd, Lunkad Realty, Marvel Realtors, ABIL, Rohan Builders and Naiknavare Developers capitalizing on the demand in this segment. However, a slight shift in the luxury homes development trend is now visible, with many new players having ventured into the affordable housing segment. Developers such as Dreams Group, Vastushodh and Tata Housing have launched quite a few affordable housing projects in the last few quarters. This is obviously where the greatest demand lies.

Affordable housing price is according to area Rs. 3,000-4,500/square feet and mid-segment housing Rs. 4,500-5,500/square feet has grown significantly and added more than 15,000 units in 2015. This trend will continue, with several more affordable and mid-segment projects likely to hit the market in the surface areas. People are giving positive response towards newly launched projects which in turn is encouraging developers to construct more projects and investors to invest more.