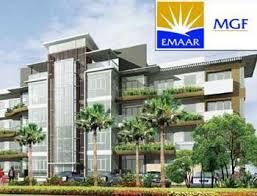 On Thursday, Haryana Chief Minister Manohar Lal Khattar directed to check status of residential and commercials projects who have been registered license recently. This step was taken due to complaint against real estate developers goes on increasing day by day.

In district injustice committee held in Gurgaon, complaints of home buyers were listening, after then Chief Minister ordered deputy commissioner of Gurgaon to gather all details of projects which are under construction of different developers.

By following numbers of complaint against the company, the State government is taking stock of Unitech’s benefits and duty in the country and also in abroad.

T L Stayaprakash deputy commissioner said “Chief Minister Khattar has asked to collect all component of projects from all the developers who has been given license in past to develop residential and commercial projects by DTCP (department of town and country planning).”

He also said the plan of all individual projects like number of units, number of towers, total number of sold units, details of collected payment from home buyers and current condition and status of project will be collected.

If implemented then it would be a drastic change in a real estate sector by bringing transparency in it, which has largely remained uncontrolled. DTCP provides licenses are given to developers on the basis of handover of details of land and licenses are issued for group housing societies which are developing, commercial project and plotted colony. DTCP do not keep any records at present like number of towers, units. Sold units number and collected payment from buyers for the project constructed on criteria of license given by them.

This step could relief to allotters of housing projects under various stages of development.  It has been seen in many cases buyers have to wait very long for possession still after they have given most of the payment. The buyers are getting restless as further construction of many projects has stopped and many of these projects for last 2 years and builders are not giving satisfactory reason for delay and deadline for the total construction completion of projects getting delayed.

The directions of Chief Minister out after hearing to the problems faces by home buyers of Emmar MGF Palam Hills at sector 77.     Home buyers of Emmar MGF Palam Hills pleased before CM that the developers is delaying hand over the key on time and is cheating intentionally. This project has 1100 flats in total 65 towers and was launched in 2010 March at sector 77, Gurgaon. As per commitment on agreement developer should delivered flats in 36 month, including 3 months grace period from the date of start of construction, which expired in February 2014,” said Pankaj Kalra, home buyer and complainant. He said buyers have already paid 90-98% of the cost by the end of 2013, but project is far from completion till date.