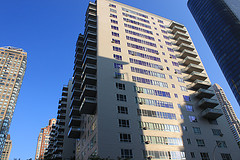 NEW DELHI: Average housing price in major cities in India climbed up by a low 0.89 pc during the first quarter of the fiscal. Although, the property rates were nearly 14-15 pc higher than a year ago levels.

The quarter growth in the RBI index at pan India level was lower at 0.89 pc in first quarter as compared to 2046 pc in the previous quarter.

The prices increase seen in Lucknow the most followed by Ahmedabad and Kochi. In Lucknow the residential projects rose by 4.70 pc while in Ahmedabad it was recorded up by 4.50 and in Kochi it was up by 2.30 pc respectively.

The all-India average price rose by 13.80 pc in April-June period on year-on-year basis.

The index is a weighted average of city indices, weights based on population proportion. The base year is 2010-11.