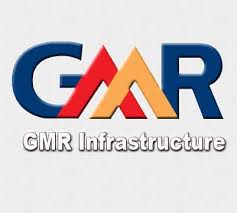 GMR Infrastructure, the listed developer based in the National Capital, has declared a 2.4 times increase in the net loss to Rs 398 cr for the second quarter, as compared to the last year, when the loss was Rs 181 crore.

The real estate major constructs a host of power, highway and airport projects in the country. It has suffered a net loss due to idle power generating assets, which lacks fuel these days.

The firm also manages the Delhi and Hyderabad international airports, and declared the revenue dropped by close to five pc, to Rs 1,984 cr. The operating profit, had gone up by 13.2 pc to Rs 582 cr, only due to foreign gains.

GM Rao, chairman, GMR Group, put the blame on the lack of gas supply for its power project, which has capacity close to 600 mw. The lack of gas is affecting them a lot. Recently, the firm has established the second unit of 300mw at EMCO, the 360 mw at Kamalanga.

The negative effect from the power project totally dulled the performance of its airport arm, which contributed half of the earnings and gives boost to the balance sheet with Rs 57 cr net profit. The airport operations in both the cities are stable and experiencing a healthy growth. The new Istanbul airport is giving positive notes in the current quarter.

The firm has a little debt of Rs 38,000 cr, with 3.7 gearing rate. The economic condition is showing positive signs. Sustaining this period, the firm is focus on reforms and infra development.

It is important to clear the blockages in other sectors to grow. The current scenario needs a infra policy change in its sector.