With the foreign direct investment policy of the central government, the realty developers were expecting foreign retailers to set up their outlets and stores in India. Developers thought they could find some takers for their vacant spaces in their shopping mall projects. 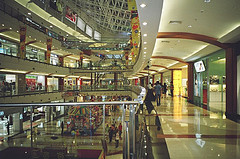 Shopping Mall projects will be boosted with the entry of foreign retailers.

The developers may have to put this expectation on hold for one or two years more, reports Jones Lang LaSalle India. According to JLL India’s quarterly report Asia Pacific Property Digest, the foreign retailers are likely to postpone their plans to enter India for one or two years.

The real estate consultants say that this is due to the higher realty cost and the upcoming union elections in India.

The rentals in India are higher. They account for 9 to 15 percent of the retailers’ total revenue, while global average of rentals is only 4 to 10 percent. It means that the rentals are higher in India.

Global retailers are cost sensitive and so they remain reluctant to enter India. 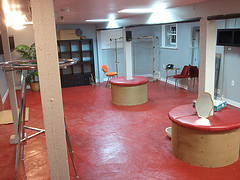 If foreign retailers postpone their Indian entry, the retail space will remain vacant.

The report adds that the presence of foreign retailers will cut down the dominance of city centers. This is good, said JLL India’s Research and Real Estate Intelligence Service head Ashutosh Limaye.

The developers should offer the domestic retailers retail space at lower rents in locations away from the city centers, Limaye added. It is, however, possible only if the land costs in these locations are lowered. Only then the developers will be able to provide retail spaces at lower costs.

Another hurdle which the foreign retailers face is that the veto power of the states on FDI policy. The central government has approved 51 percent of FDI.