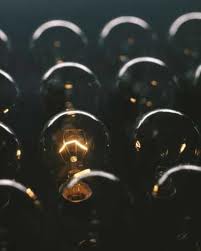 Real estate builders are wholly engaged in shaping out new cities with their commercial and residential constructions. Sky reaching buildings have become very common. This development of  real estate  is considered as a boon as it will solve the growing housing demand to an extent.

Looking at the alarming shortage of power and energy how far these constructions can be considered as a boon is a raising question. To an extreme level almost all the building constructions are ignoring the need of energy – efficiency. Two major developments stand as exception to this today.

Andhra Pradesh government’s landmark plan to operationalize a building efficiency code by 2013 is the first one. Second major development is the newly released report of NRDC. The report spotlights the prime role of energy efficiency construction strategies which can bring dramatic energy savings to India.

Energy demands of India are skyrocketing. India is ranked as the second fastest developing economy. India’s position in the world does not come to the help at all. Most of the Indian cities are facing severe power shortage. For instance Hyderabad experiences hours of complete power outages daily. If this is the case of a hub for energy-intensive MNCs like Google and Cisco, what will be the status of the other smaller cities?

Remember the dark days of summer when the largest power shortage led nearly 600-million people into complete darkness. This power shortage forces the MNCs to rely on diesel generators which pollute the environment by emitting large amount of carbon dioxide into the air.

If this system is to be continued for keeping India lighted then what will be the future? NRDC’s new report was released in collaboration with ASCI, (the Administrative Staff College of India). This report depicted energy efficiency in building construction as the most desirable means for India to meet the alarming energy needs.

State of Andhra Pradesh shows right example and model which all other states of India can follow or must follow. The government is to implement the regulations which will secure minimum energy efficiency in all new real estate constructions. This law will bind the real estate builders even in circumstances of renovation as well.

The ECBC has set standards for maximum energy- efficiency. The system follows certain norms on interior and exterior walls, ventilation facilities like doors and windows, air passages, roofs, etc. as these can affect the energy savings to a greater level. The system further lay stress on lighting systems, HVAC system, and other electrical systems.

Praiseworthily Andhra Pradesh has also organized a high-powered Steering Committee and Technical Committee to administer statewide code implementation. The committees will be chaired by municipal officials.  The capital city Hyderabad will obtain a better position to face the alarming energy demand.

India should have similar policies to be followed across the nation. Real estate can really play a prominent role as nearly 70% of the buildings which will exist in 2030 are yet to be built. This report points to the greater possibility of energy savings. If India strictly follows the energy saving methods in the upcoming two decades India will become an energy sufficient nation by 2030.

What is highly required and recommended is to follow a complete follow up of all such measures to lead India to a future where the country will have sufficient energy savings.