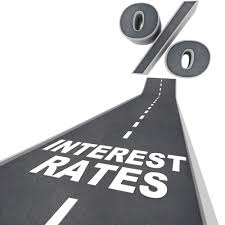 According to draft rules disclose by the government developers have to pay interest of 11.2 % to buyers if there will be delay in key handing process on the commitment time. This step will give relief to buyers.

According to rules of the projects that are not completed or under construction will have to register with the RERA (Real Estate Regulatory Authority) to build up in states/ UTs in the period of 3 months of the rules being announced. Builders have to reveal all correct information related to completion of projects on time, facilities provided, total areas square feet, draft rules, published to follow public comments till 8 July.

The basis, on which registration may be cancel , is like any miscommunication such as delay on time delivery, change in layout or plan, increasing the size of units and building of any additional towers without taking approval of 70% residences. In resemblance situation the high authority can take decision, including involvement of external agency in completion of project with the approval of buyers’ association.

Times of India reported that the draft rules provided a ‘’ compounding’’ fine that builders can pay to escape jail if they break a rule by the authority.  Developers said if the rules were applicable on ongoing construction of projects the sector will be blow badly and there could be more lag. Getamber Anand, President of the Confederation of Real Estate Developers Association of India said that all projects which are unfinished and have to launch before the year 2012, can be call as offender and comes under draft rules, developers will have to return 11% rate of interest to buyers if they demand for money.

As real estate is a subject of state, every state has to make its own rules and regulations approved in the various assemblies. The government of State will have to make their own rules within 6 months of 1 May, when the Act was announced. The rules will come as a great relief to home buyers as this would be a step towards forcing developers to complete projects as soon as possible.