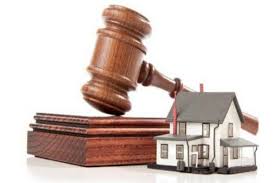 After a complaint by a group of home-buyers the chief judicial magistrate has issued orders to book  the directors of Gayatri Hospitality and Realcon Limited-a real estate company in Noida for fraud, forgery and cheating.

The buyers stated that in 2011 the company launched a project in Noida named Gayatri Aura and started bookings also but the construction has not started such as excavation of ground even not took place.
B P Singh Jadon a lawyer of one of the buyers Sunit Awasthi said that the company was to construct total 1,500 homes at sector 1 in Gayatri Aura of Noida Extention. ” Total 17.5 acres of land were allotted to the company in sector 1″. My client Awasthi booked a flat in Gayatri Aura of 1,195 square feet in Gayatri Aura in the year 2011 and paid Rs 16 lakh. Consequently, against repeated meetings and commitments by the builders, on the plot of land no construction has been started.
On 2 July the case against the company was registered. Nearly 1,000 residential units had been sold by the builder, Awasthi claimed. ” All these families had invested their hard money into the project and are still awaiting their homes” he said. ” In 2011 and 2012 people have made 30% to 90% payments across their bookings. He also added that even the ground has not been excavated by the developer.
Alok Jain, also an investor in Gayatri Aura said that on 2 July chief judicial magistrate of Gautam Budh Nagar ordered police to lodge FIR under applicable IPC sections. He said many other complaints against the builders were pending with CJM.
Pankaj Pant SHO, Noida Phase II station said “The FIR has been lodged in Noida Phase III police station against two directors of Gayatri Hospitality and Realcon Limited under IPC sections 420,406,468,467,504and 102 B”. He also said” An investigation officer has been appointed”.
CEO of GNIDA (Greater Noida Industrial Development) Deepak Agarwal said that they had not received information about the developer.” If the builder has violated norms suitable action should be taken. He said ” Our aim is to protect the interest of the home-buyers and we will continue this further”.