BMC consoles the residents of Mumbai by extending deadline to pay the property tax bills.

Considering the large number of petitions filed by the residents of Mumbai, Brihanmumbai Municipal Corporation (BMC) finally decided to extend the last date to pay the property tax bills. Additionally the residents had conducted many protests in the city, with the support of many NGOs. 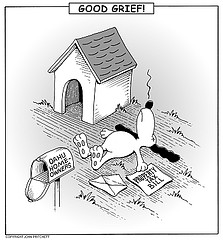 This was the first bill sent to the citizens after revising the property tax. The bill was calculated on the basis of capital value system. As the bill included the tax –dues of previous years- since 2010 to the current year, it really led the citizens in to greater hassles.

BMC had informed earlier that March 31 would be the last date to pay the property tax bills.

Considering the pleas and increasing demand of the residents, the civic body finally decided to extend the date by adding three more months to the announced date. Citizens had demanded more time to pay off the bill or paying the amount in installments if possible.

A senior official said that BMC has received large number of pleas regarding more time to pay the bills. He added that the people would be falling additional financial burden as they were to pay the bills of three years together.

However as Municipal commissioner Sitaram Kunte has decided to grant three more months from the announced deadline, the citizens of Mumbai can relieve for a while.