With assets worth $210 billion, Blackstone is the largest private equity firm. The group has various investments in India.  While most of their PERE investments are in the residential sector, now they are planning to invest some money in the commercial segment. 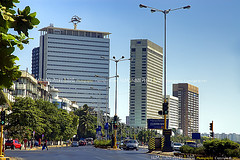 Blackstone is reported to have an eye on Express Towers.

Earlier they were reported to be in talks with Mantri realtors, for the purchase of Mantri Mall in Bangalore. The new reports say that Blackstone has put the Mantri Mall-deal on pause.

So far, the group has invested over $1 billion in the Indian realty. Now the group is mulling over for more investments.

The Indian head office of Blackstone is on the fifth floor of the Express Towers in Mumbai. The estimated worth of the project comes over Rs.850 Cr. Around 4 lakh sq. ft. of area is totally built up in 25 stories.

The project is co-owned by Indian Express Group and ICICI Ventures. While these two hold the lion’s share, some small-scale investors also holds shares, but very minimal. The project was built nearly four decades ago. 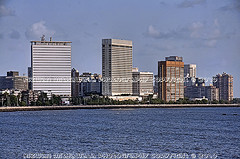 Blackstone Group plans to have investments in Mumbai.

Blackstone officials have submitted a brochure of the project to the Embassy group. The Bangalore based realty group officials will have a walk-through in the project. Blackstone has joint-investments with Embassy Group.

Sources, with direct knowledge with Blackstone’s deals, reveal that the group is planning to buy out this tower. The tower provides a very good view of the Arabian Sea and so the prices may reach around Rs.850 Cr, the sources added.

While officials of both Blackstone and Mantri Group declined to comment, Vishakha Mulye MD and CEO of ICICI Ventures could not be contacted for comments.

According to sources, ICICI Ventures has entrusted Jones Lang LaSalle India to find buyers. The real estate consultant too did not comment on the issue.