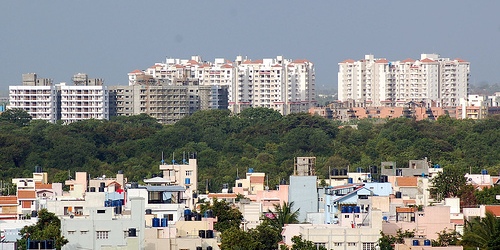 Bangalore: The Bangalore residential market has unsold stock of around 50,200 units in second quarter against 46,900 in the first quarter of the year. As per the absorption matters, around 6,550 units in Q2 and 6,690 units in Q1 has been taken.

Almost 21 ne residential projects were launched in Bangalore in the second quarter, offering less units comparing to the first quarter. From 21 projects eight projects were completely sold out in various sub-markets.

In North Bangalore, the demand for high-rise residential units remains high. The area’s realty sector developed after the Government launch of the new Bangalore International Airport.  Northern part of the city is assured to be next economic center and the vicinity to the International Airport and planned infra have boosted the development of the area.

Demand for high-end residential constructions is very low in the southern part of Bangalore. The unit requirement in this area raised after Electronic City established itself as an IT Hub in this micro-market. But it did not woo the premium developers because of poor urban and social infrastructure.

In East Bangalore, Whitefield has developed into a self-sustaining area which being an IT destination, this area has good social infrastructure and developing physical infrastructure. The demand for high-rise apartments remains same.

The Western Bangalore micro-market has not been successful in attracting many real estate developers but it has much industrial developments to count on.