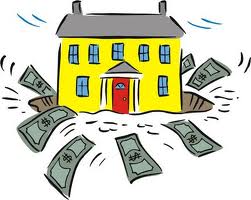 The excess supply in various pockets across the country looked up to the awaited festive season this year to bring back some cheer in the face of the real estate developers. Dussehra and Diwali festivals are behind us and the season did not turn up as expected.

The sector tried hard to get the attention of buyers by offering price discounts and freebies to shoot the purchase decisions. But the buyer remained unimpressed and sales did not take-off in the sector. The festive season not only failed to turnaround things, but it was the worst festive season in last decade.

A majority of developers are sitting on inventory that is only growing further and are facing huge problems of even funding their working capital requirements.

The industry players and experts reveal that in coming 6-8 months a little can be expected as the General Elections are in May 2014. With the real estate industry seeing an excess supply in various pockets, it may turn out to be an interesting phase for the potential buyers and there is every possibility of getting good home deals.

It was the festive season that failed to bring cheers to developers, brokers with in the sector. Experts say that sales during the festive season were around 35 pc of what it was expected. Even the developers’ look to dispose their existing inventories, various new projects also got launched across the market to woo the home buyers but that didn’t work out for the debt ridden developers.

As the festive season was approached, roads leading to Noida, and its periphery saw huge hoarding of cricketers, film stars, Celebes to attract the buyers. But this time the star power was unable to lift the sales.

Even a good discount was failed to attract the buyers. The season saw a lukewarm response from the buyers. The property prices in recent times have fallen by 15-20 pc in Delhi-NCR region.

The state of the property industry is giving a clear indication of the economy and the sentiments of the buyers and is currently affecting most of the sectors in the market.  A falling rupee has also affected the sales in luxury segment very badly.

The industry experts feel that slowdown in growth and job security had a major impact on the sector and potential buyers are taking time to decide. The buyers are waiting for the stability to return in the economic front before taking major investment decisions.