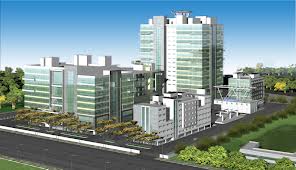 According to a survey home buyers expect prices to fall in the next 6-8 months as indicated by housing sentiment index that fell by 22 pc during July-September compared to the previous quarter.

The Housing Sentiment Index (HSI, was developed  based on an online survey of prospective home buyers in eight major cities in the country which includes Delhi, Noida, Gurgaon, Mumbai, Chennai, Hyderabad, Pune and Bangalore.

The collective Housing Sentiment Index (HSI) dropped to 97 from 120 in the previous quarter, a decline of over 22 pc.

An aggregate HSI score of 97 for the 8 cities surveyed indicates anticipation of a price drop over the next 6-8 months. The catalogue fell from 117 last quarter, which indicates a shift in sentiment among prospective home buyers.

Buyers in Bangalore still expect prices to marginally hike while buyers in the other 7 major cities expect prices to tumble, with Mumbai having the lowest HSI score of 85. The bifurcation issue seems to have hurt buyer sentiment in Hyderabad badly as its HSI score fell by over 32 pc to 88.

The trend is robust in all the eight cities that were surveyed and reflects a shift from the previous quarter when buyers expected price growth to continue.

The percentage of buyers who expect prices to fall by more than 12 pc has almost doubled from 16 pc of sample last quarter to 27 pc this quarter.