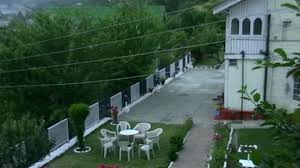 The luxury holiday homes in the hills are again becoming an object to desire and country’s top realty firms are ready to meet this demand, especially when the slowdown in the market has battered sale sin the urban markets. Big businessmen, top executives and retired industrialist are looking to have a second relaxing home to get a respite form the city life.

Local and small time developers have been offering homes in the hills, but its entry of the big players like DLF, Tata Housing, and Fire Capital that has energized the mountain market.

Tata Housing has launched a project in Kasauli which will have 75 villas spread across 24 acres of lush green. The villas are priced Rs 3.5-8 cr. While, the Woodside Developments is close to complete ist project in Kasauli with 38 villas of 3,000-5,200 sq ft spread on 30 acres of greenery.

Country’s biggest developer DLF has launched one project each in Kasauli and Shimla, where it is selling plots as well as homes on the mountain.

Luxury developments in the hills are the most sought as ideal holiday home destinations in recent past. The market has grown in the last few years as people have moved from beach destinations for holiday homes to mountains.

People these days are looking for a modern lifestyle even in their holiday destinations with gated community.

There weren’t too many options for buyers except for projects built by local developers where quality was the main concern. Now with some top class developers in the fray, people know what to expect in those areas.

In states like Himachal Pradesh buying property isn’t easy for people from outside the state. They can, however, buy land from growers if they get permission under Section 118 of the Land Reform Act of 1972.

After a new act was introduced it has brought more clarity to the transfer of projects, which enables the outsider to buy apartments in the hill.